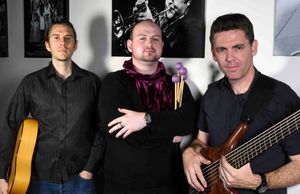 14 DAYS TO GO!... Hi Guys, I've reached 75% of funding on my Pozible crowdfunding campaign and am very grateful to the awesome 59 supporters who've gotten us here so far. If you want to pledge but haven't yet, just click the link below. It only takes a few minutes of your time.

If only 30 people pre-order the albums ($50 pledge amount) then we will be over the line for the release of both albums and the the funding of the launch, we are that close folks! Thank you! 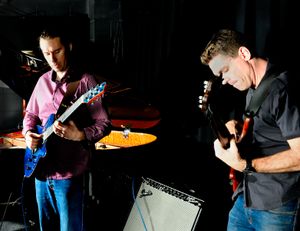 Start your week on a high!

Need a bit of jazzing up this morning to help you tackle your Tuesday? Check out this fun and funky tune ‘High Tide’ off my new world jazz fusion album, ‘Best of Times’. It should get your toes tapping and put a smile on your dial! So pop on over to my Pozible campaign and grab yourself a copy to groove out to each day. We also have something a little extra special for the supporter who gets us over the $2000 mark today!

A double world jazz fusion album release - is it pozible? 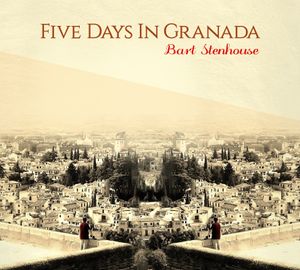 You may have heard along the grapevine that Bart is in the throes of recording and producing two new world jazz fusion albums. Well, today marks day one of Bart’s Pozible crowdfunding campaign for the chance to finish the production, pressing and launch of the albums.

This has been a big year for Bart Stenhouse. Inspired by his recent travels across North America, Spain and India, Bart has spared no time in developing two new albums that fuse the musical styles of these cultures together in an exotic and unique mix.

His first of the two new release albums, Best of Times, is an engaging mix of Indian-inspired tempos and tunes featuring tight interplay between electric guitar and jazz saxophone. It is an unusual blend, but one that leaves the listener energised and ready for more.

So where can you find these albums? Well, they are not quite ready yet! Getting to the point of releasing the albums will be a group effort. Bart has already recorded the albums, but the next step, producing, pressing and launching the albums, is in your hands.

So here’s your chance to get in on the goods, because they are good! Pop over to Bart’s Pozible campaign to check out the project and share what you like about it with family and friends. There are some awesome rewards up for grabs. Get in early for an autographed copy of the new albums, nab some launch concert tickets or even become an executive producer of the albums! It’s your opportunity to seed the start of something bigger.

Seriously, we hope it gets you as jazzed up about jazz as we are!

Below is the link to a blog about the recording of Bart Stenhouse's latest jazz fusion record '5 Days in Granada' due for release in October.

Thanks to Sam McLean for writing the blog and being a great project manager in the studio!

Timbah Album Launch: Are We There Yet 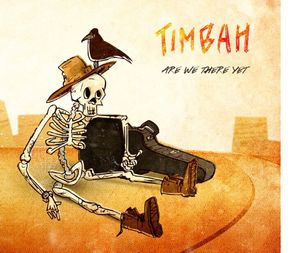 Australian folk rock band Timbah are getting ready to launch their newest album ‘Are we there yet’ and their first port of call is The Irish Club in Toowoomba on Friday 19 June 2015.

Timbah is well known for its lively jazz-folk-rock fusion that gets crowds dancing and tapping along and their newest album continues to bristle with energy and charm.

Already being talked of as the band’s best album to date, band lead Nye Stewart and brother Abe Stewart have combined forces with multi-instrumentalist Bart Stenhouse in stirring new ways, to create memorable lines and harmonies mixed with melodic grooves and rollicking beats.

An understated triumph, ‘Are we there yet’ brings to audiences the best of Timbah. Be sure not to miss their album launch and come join Timbah for an energetic and unforgettable night out of toe-tappingly good music.

The ticketed event will be kicking off at 7pm, but to keep abreast of details and where to get your tickets for this not-to-be-missed event, follow Timbah on facebook or visit their website. 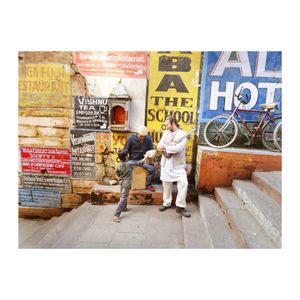 When composer and multi-instrumentalist Bart Stenhouse and percussionist Abe Stewart first crossed paths, the musical chemistry and deep friendship was immediate.  In each other they saw a kindred musical spirit, someone else who shared a great sense of adventure and keenness to explore the rich possibilities of combining different musical traditions from around the world into a new unique artform that would truly be their own.

Blue Benares is the debut jazz fusion album for Bart and Abe. It reflects their deep love and passion for the improvisational music forms of Jazz, Flamenco, and Indian Classical Raga music. Blue Benares blends these musical cultures together to create a unique sonic landscape that transports the listener to far off places and connects with their spirit in a deep and meaningful way. It was recorded after a month of intense study with Indian Classical Maestro Pandit Debashish Bhattacharya in Kolkata, India.

Remarkably, the album was created over a nine day period, with only five days spent rehearsing and arranging the music and four days spent in the studio. It showcases the skill of some of India’s finest musicians as they worked in partnership with Bart and Abe to create a raw, original and heartfelt arrangement of each song.